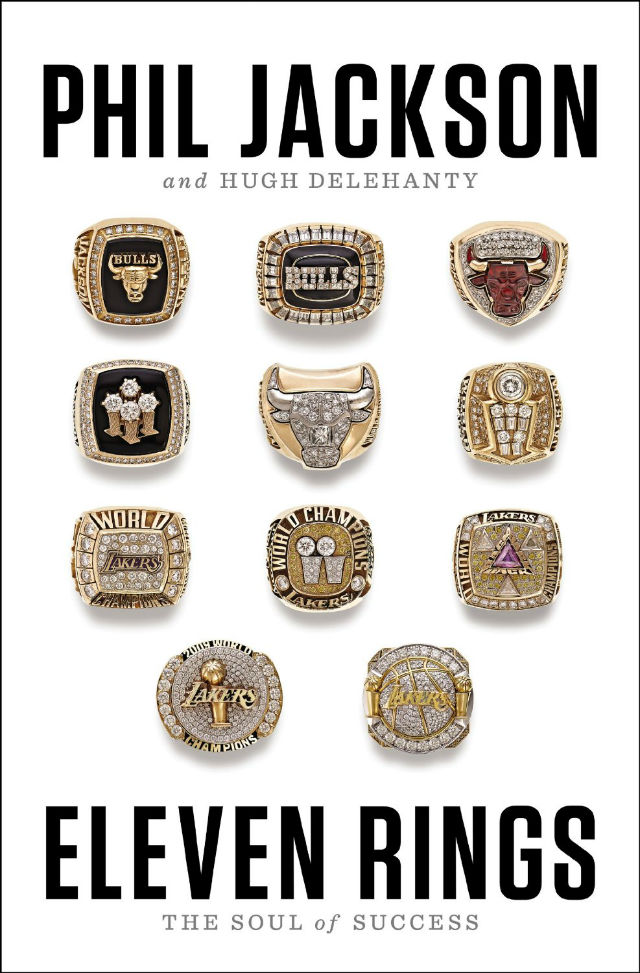 One of the books I’m reading right now is Eleven Rings by Phil Jackson.

Even the people who aren’t huge basketball fans know about Michael Jordan and the famous Chicago Bulls team that dominated the NBA in the 90’s. Phil Jackson was their coach.

He also coached the Lakers in their prime, led by Kobe Bryant and Shaquille O’Neal.

When you win an NBA championship, you get a ring. Phil Jackson has the most rings among all coaches. He won eleven as a coach and two as a player.

It took me a long time to start reading this book. I usually have quite a few books in my reading queue, but after seeing Phil speak about it a couple of years ago, I got very intrigued about his work as a coach.

But life happens. Lana and I found out that we were going to have a baby and we decided to move back to Ann Arbor, which didn’t leave me much time for reading. But after we finally settled down, I finally got to it.

One of the biggest criticism of Phil Jackson was that he always coached great teams. Coaching great teams is easy, just let Michael, Kobe or Shaq do their thing, right?

This couldn’t be further from the truth. Anybody who follows any team sport can probably come up with an example of a team that had great players on it, yet failed to reach its potential.

Why does this happen? What is the missing ingredient?

This book is about finding that missing piece. And by the way, this problem happens outside of sports, too. I lead software development teams at work and trust me, my role includes way more than just coding - my job is to turn a group of individuals into a team.

This is something that Phil Jackson is great at. What made his job extremely difficult was that he had to deal with superstar athletes with big egos, who often decided to put themselves before their teams.

So what did he do?

He established a system. While other coaches used many different offensive plays, Phil kept it simple - focusing on only one - called the Triangle offense.

This system was very flexible. It was a set of principles, rather than a memorized series of movements, passes and screens. It inspired creativity, allowing each individual to use his strengths, but it required awareness of what’s happening on the court at all times.

Each player was given a lot of responsibility and a lot of freedom.

Phil also talks about 5 stages of development of a team, the model called Tribal Leadership developed from the 10 year organizational research study. Here’s the summary of the stages:

Stage 4: At this stage people cooperate and values are shared. It often requires a competitor who the organization/team unites against. Typical thinking - “We’re great, and they’re not.”

Stage 5: Competing against what’s possible, not a competitor. Typical thinking - “Life is great.”

Sometimes the best way to make progress at your job or in your business is to look outside your field or industry. It can challenge the established ways of thinking and show you new ways that perhaps otherwise wouldn’t occur to you.